Emma and other artists and wildlife activists from around the world, will protest on November 30th during the Remembrance Day for Lost Species.

200 species go extinct every day and our duty is to lend our voices to save them.

The event will take place online on November 30th at 7pm GMT to commemorate Remembrance Day for Lost Species (www.lostspeciesday.org).

Many writers will speak to specific animals at threat from extinction; Emma will talk on the puffin. 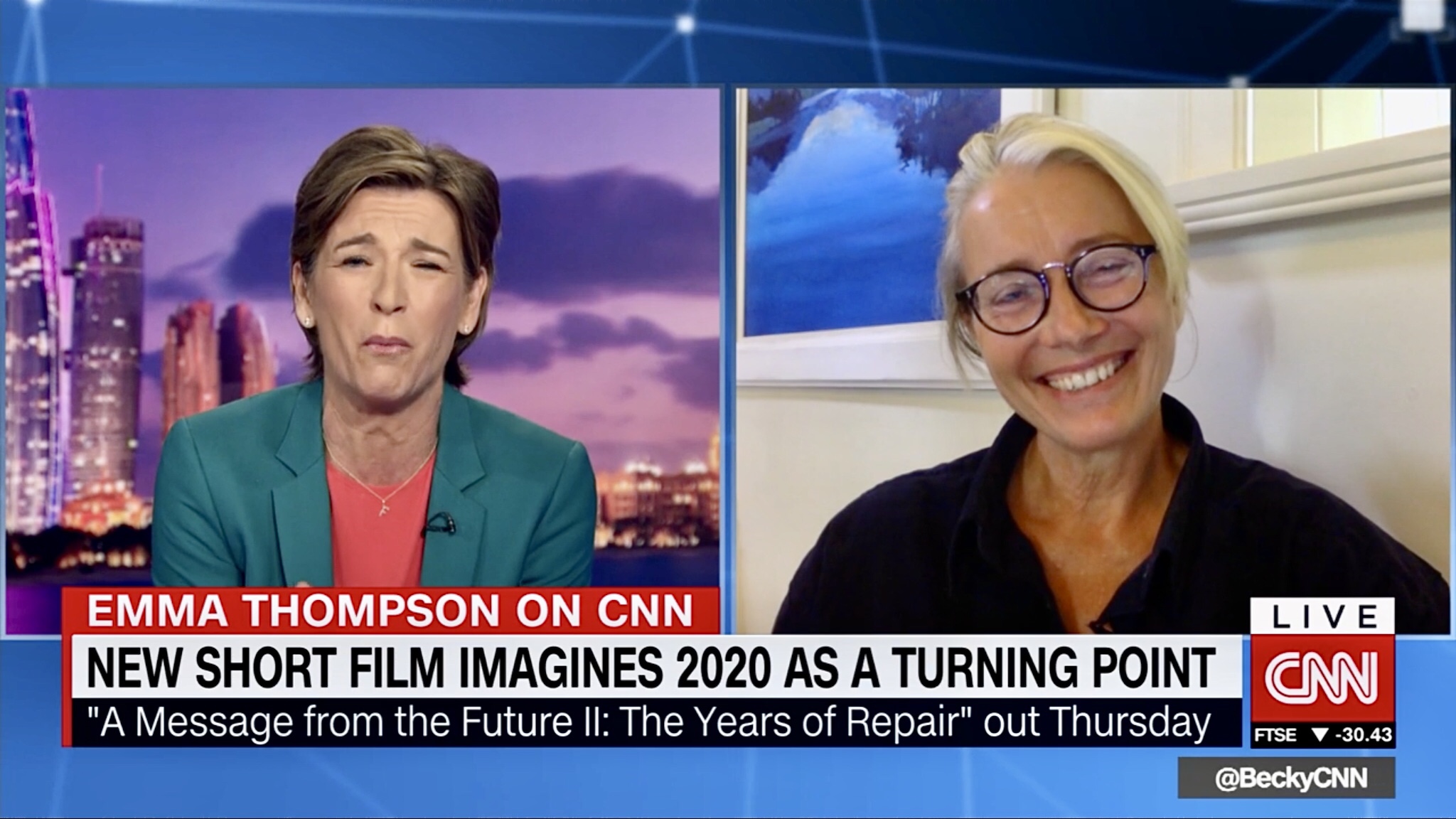 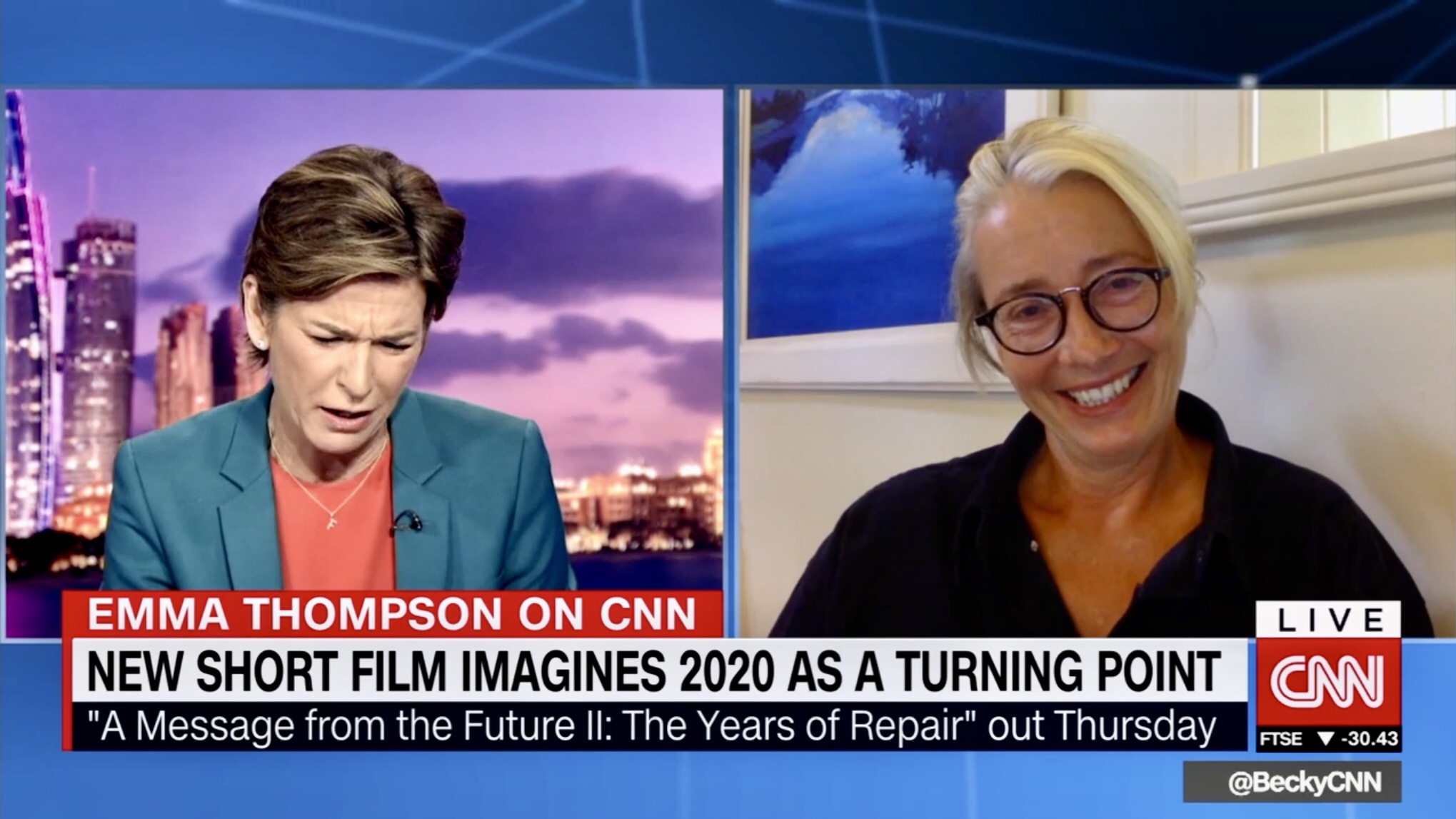 If you are interested you can consult this page:

In September 2015 Emma Thompson joined a group of 64 Greenpeace activists and a double decker bus-sized model of a polar bear as they tried to stop Shell drilling for oil in the Arctic. The paw carried the names of thousands of people who stand for Arctic.

They placed the giant bear outside Shell’s HQ in London.

Emma broke a legal injunction aimed at stopping Greenpeace activists from crossing a line drawn around the South Bank Building saying: “I feel that they long ago crossed a very big line by going into the Arctic so until they back off I’ll cross their line whenever I want”.

“Shell haven’t been listening. Shell have ignored the science. They want to drill in the Arctic up to the year 2030. It seems to me a monumental act of selfishness and greed. We cannot go on extracting oil in the way that we have” she said.

Standing next to Aurora, the giant polar bear, which roared at intervals after the northern lights, Emma Thompson read out a poem she had written specifically for the protests.

After the protests Shell decided to pull out of drilling in the Arctic saying that they ceased exploration in the region after failing to find sufficient signs of oil and gas but the truth is that Shell had suffered huge reputation damage with protests around the world.

Greenpeace said more than seven million people signed up to the Save The Arctic campaign worldwide, so the company abandoned drilling in the Arctic.

It reports that this catastrophic decline is largely due to the environmental destruction caused by humans.

We can no longer ignore this alarm cry from nature, we must take responsibility for the environment and the animals that are threatened with extinction because of our irresponsible behaviour!

Emma Thompson has always been sensitive to environmental issues, she is a Greenpeace and Extinction Rebellion activist and in 2015 she participated in the official campaign video to inspire people with the message to act and use their power to change climate change.

I went vegetarian in 1995 coming from a meat-eating family, and I headed for a compassionate living. I think that respect for environment, nature and animals is very important.

It has been a joy for me when I discovered that Emma has a long history of environmental activism with Greenpeace! ♥️

In August 2014 she and her sweet daughter Gaia Romilly Wise went on a Greenpeace “Save The Arctic” expedition and you can find many photos and videos on line to raise awareness of the danger of drilling for oil.

Each of us must contribute to help saving the earth! Emma played also a role in the short vegan film “Extinction”.

In this film she stars as a member of Extinction Rebellion.

Which is your favorite film?